Kevin Boseman is a multi-talented dancer, singer, and actor who has graced some of the greatest stages of the world, from the ancient Herod Atticus in Athens, Greece to the Kennedy Center in Washington, DC. The South Carolina native graduated with honors from the academically rigorous T.L. Hanna High School while simultaneously attending the arts exclusive Fine Arts Center High School where he studied classical ballet under Andrew Kuharsky. Boseman was awarded the Ailey School’s prestigious Alvin Ailey Scholarship and was soon thereafter invited to join Ailey II, the official training company of the Alvin Ailey American Dance Theater (AAADT). Mr. Boseman joined AAADT in 1997 under the artistic direction of dance legend Judith Jamison and spent six years touring to great acclaim throughout Europe, Asia, Africa, South America, and the United States. He is also a former member of the legendary Martha Graham Dance Company, and has been a guest artist with the Rebecca Kelly Ballet, the Greenville Ballet, and Donald Byrd/The Group. Boseman studied acting at the Atlantic Acting School and voice at the Singer’s Forum, and made his Broadway debut in the 2008 revival of Equus starring Daniel Radcliffe. He was most recently seen as Winthrop Paroo in the Two River Theatre/ NJ Performing Arts Center production of The Music Man in Concert. His other theatrical credits include featured roles in the Broadway First National Tours of Disney’s The Lion King, Shrek the Musical, and Oprah Winfrey’s The Color Purple, as well asthe Paper Mill Playhouse production of A Chorus Line and the critically acclaimed Off-Broadway premiere of Accidentally, Like a Martyr. Boseman has taught at various arts institutions, including Steps on Broadway and the Ailey school, taught movement to the New School MFA candidates in Acting, conducted workshops at Spelman College, and lectured at the California Institute of the Arts. He earned a BA in Performing Arts and Cultural Studies from SUNY Empire State College.

Nellesa Walthour is a native of Dublin, GA. Favorite theater credits include Disney’s The Lion King (national tour), Ragtime (Kennedy Center’s production), Once on This Island (Andrea), and Pippin (Fastrada u/s). She trained on full fellowship at the Alvin Ailey School and danced with companies that include The Metropolitan Opera, Dallas Black Dance Theater (DBDT), Patricia Kenney Dance Collection, and Nathan Trice Ritutals. She has had the pleasure of working with such choreographers as Ron Brown, Hope Clarke, Sean Curran, Louis Johnson, Alonzo King, Donald McKayle and Earl Mosely. Nellesa has choreographed works for DBDT, NYMF’s Trav’lin (associate), Boston’s Jazz Dance Recovery Project, benefits and solo projects. She has also performed the works of Milton Myers, Elisa Monte, David Parsons, Talley Beatty, José Limón and Donald Byrd. Nellesa is a Harvard graduate, a certified instructor in GYROTONIC® and mat Pilates, and a member of AEA. 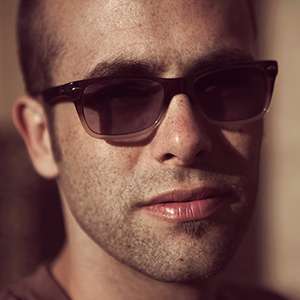 Vanja Srdic is a Los Angeles based director, cinematographer and filmmaker with 10 years of broad experience in film, video and multimedia production, and with enormous love for Music and Internet. Vanja is specializing in documentary and promotional films for musicians and other artists. He is also serving as Technical Director at AFI FEST presented by Audi, Arpa Interntaional Film Festival and Los Angeles Greek Film Festival. He came first in Brooklyn back in 2010, and has directed, shot and edited various artist promos, music videos, documentaries and live performances since.

Ed Stone French is a media artist originally with a background in theatre though he’s expanded into filmmaking and visual effects in recent years. He’s worked with projection design for a variety of dance and other live productions. He’s directed both theatre and film but spends a large part of his days planning and executing visual effects and computer graphics projects, which he considers a perfect blend of his technical interests and creative skills.

Mo Beasley is an award-winning performance poet and storyteller. He is also a sexuality educator, author, and public speaker. He has successfully integrated his love of performing with his love of education and community building. In the fields of sexuality, race, manhood, and arts advocacy, he has over 20 years experience as a stage performer, teaching artist, workshop facilitator, consultant, activist, and mentor to youth. Mo Beasley’s presentations range from cutting-edge perspectives on sex, sexuality, to art as action, fatherhood and family building, hip hop as a tool for education, to re-defining masculinity for the 21st century. As the major force behind the critically acclaimed play “No Good Nigga Bluez” (which premiered at the NY International Fringe Festival in 2003 to sold out audiences), Mo made his debut as a playwright. The book version of the play, released by Scripted Linguistics, is Beasley’s first published work. His second is “Be a Father to Your Child” (Soft Skull Press, 2008), a groundbreaking anthology on fatherhood and hip hop. Mo’s one-man show, You A Man Now?, premiered at Passage Theatre’s Solo Flights Festival (2009) in Trenton, NJ. Mo was also a Stage Manager for over a decade with Broadway and Off-Broadway productions, including Blue Man Group, Joseph Papp Public Theatre, and the Tony Award winning Bring In Da Noise, Bring In Da Funk. He also stage managed for The Kennedy Center, Crossroads Theater Company, Freedom Theatre, The Boys Choir of Harlem, and The Monte Carlo Sporting Club, among other organizations. From 2003 – Present, Mo directed the Telly Award-winning King Holiday Memorial Observance for the New York Governor’s office. In 2004, Beasley created The LoveStorm Entertainment Group, LLC. The production company serves as a networking hub for artists of all genres and backgrounds. The company also produces live “performance art” pieces (UrbanErotikaSM, No Good Nigga Bluez, and LoveSuites). Beasley holds a Bachelor of Fine Arts in Theatre Arts/Acting from Howard University. Outside of his work in the arts, he manages to read voraciously and continues to produce several community-arts productions per year. 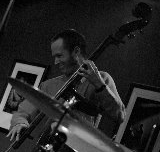 Nick Jost is a New York City based bassist who balances work in performing, composing, and education. Nick received his masters in music from Southern Illinois University Edwardsville in 2011. Since moving to NYC Nick has joined forces with bands Wilder Maker and Baroness along with maintaining regular work as a sideman in the Brooklyn Jazz scene. In education, Nick has taught countless clinics and has worked with the Kathmandu Jazz Conservatory, Birch Creek Music Center, SIUE, and most recently Missouri State. 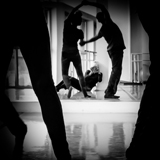 Judith was the founder and chair of the Long Island University, Brooklyn Campus Dance Department since its inception in 1991 until 2007 when she took early retirement and embarked upon her next artistic pursuit: Photography, particularly of dance, both for documentation and as art. She had directed dance as a performance program on the campus beginning in the late 1960s until the department was established. From 1989 until 2007 she produced AFTERNOONS AT LIU, an informal concert series for the campus and neighboring communities. During her tenure, she introduced an array of contemporary and world dance artists, wrote dance features and criticism for the Brooklyn Phoenix and The Villager in NYC, and adjudicated dance for various public and private entities including the Brooklyn Arts Council (NYSCA regrant program) and the American College Dance Festival. With a well developed sense of visual energy, sculpture, motion and emotion caught within the parameters of a frame, Stuart found her next form of expression as shown in her photographs. She began showing her work in 2011 as a member of the Brooklyn Waterfront Artists’ Coalition. Her work has been accepted into juried shows at BWAC, Wide Open 3, and The New York Photo Festival in DUMBO, 2011-2012.